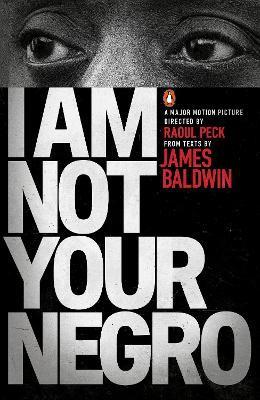 I am not your negro (édition en anglais)

The New York Times bestseller based on the Oscar nominated documentary film In June 1979, the writer and civil rights activist James Baldwin embarked on a project to tell the story of America through the lives of three of his murdered friends: Medgar Evers, Malcolm X and Martin Luther King, Jr. He died before it could be completed. In his documentary film, I Am Not Your Negro, Raoul Peck imagines the book Baldwin never wrote, using his original words to create a radical, powerful and poetic work on race in the United States - then, and today. 'Thrilling . . . A portrait of one man's confrontation with a country that, murder by murder, as he once put it, "devastated my universe"' The New York Times 'Baldwin's voice speaks even more powerfully today . . . the prose-poet of our injustice and inhumanity . . . The times have caught up with his scalding eloquence' Variet y 'A cinematic seance . . . One of the best movies about the civil rights era ever made' Guardian ' I Am Not Your Negro turns James Baldwin into a prophet' Rolling Stone